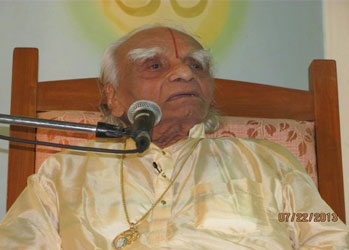 B. K. S. Iyengar was one of the most renowned Indian practitioners and one of the foremost exponents of yoga in the world. His school of yoga, called Iyengar Yoga, is credited with bringing yoga to the masses as well as popularising it among sceptics. Named one of the top 100 influential people in the world in 2004 by Time magazine, B. K. S. Iyengar redefined Patanjali's yoga sutras to create Iyengar Yoga. He is adored by millions of followers and his book ‘Light on Yoga' is often referred to as the Bible of Yoga.